The Cornell accelerator group has made important contributions to the design of the damping rings for the International Linear Collider. The damping rings are the source of the low emittance bunches of electrons and positrons that are accelerated to high energy in superconducting linacs and than brought into head on collision. The positron damping ring is especially challenging as it is required to reduce the phase space volume of the positrons by nearly six orders of magnitude. In collaboration with the ILC Damping Rings Working Group, Cornell accelerator scientists developed the design of the damping ring optics, vacuum systems, electron cloud mitigations, and beam instrumentation. Many of technologies incorporated into the design were developed and tested at the CESR Test Accelerator CesrTA. 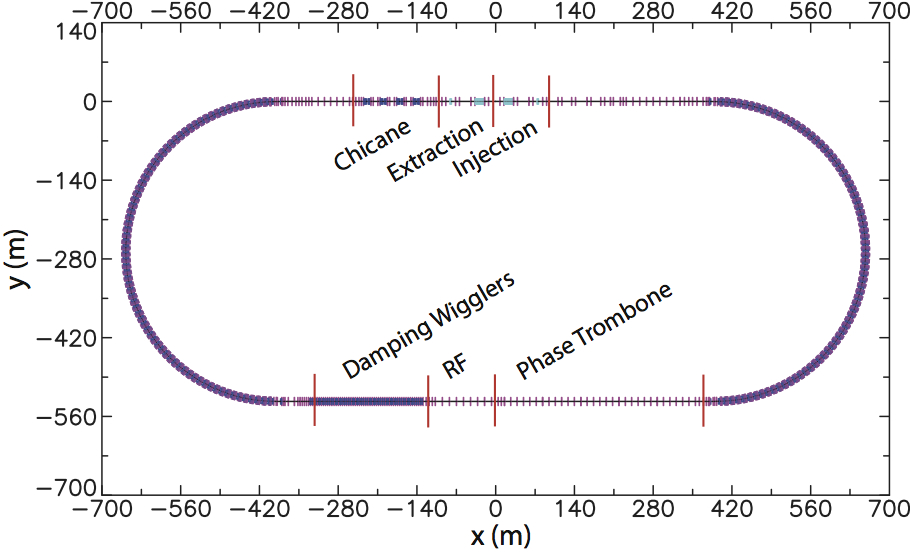 The damping ring is a racetrack layout with a circumference of 3.2km as shown in the figure to the left. The repetition rate of the superconducting linear accelerators is 5Hz. The positron damping ring is required to shrink the vertical emittance of the hot bunch of positrons from 7 microns to 2 pm (more than six orders of magnitude) in 200 ms. The positrons are produced by high energy polarized photons on a converter target. The 1312 bunches that are accelerated in each linac pulse are stored in the damping ring with 6ns spacing. The bunches are extracted individually by a fast kicker magnet every 554ns. A hot high emittance bunch is injected into the ring simultaneously with the extraction of the cold low emittance bunch.

The dynamic aperture of the ring is necessarily very large, (no less than the physical aperture) in order that the acceptance be sufficient for the hot bunch, but the focusing strong enough so that the equilibrium horizontal emittance is only 5nm-rad. 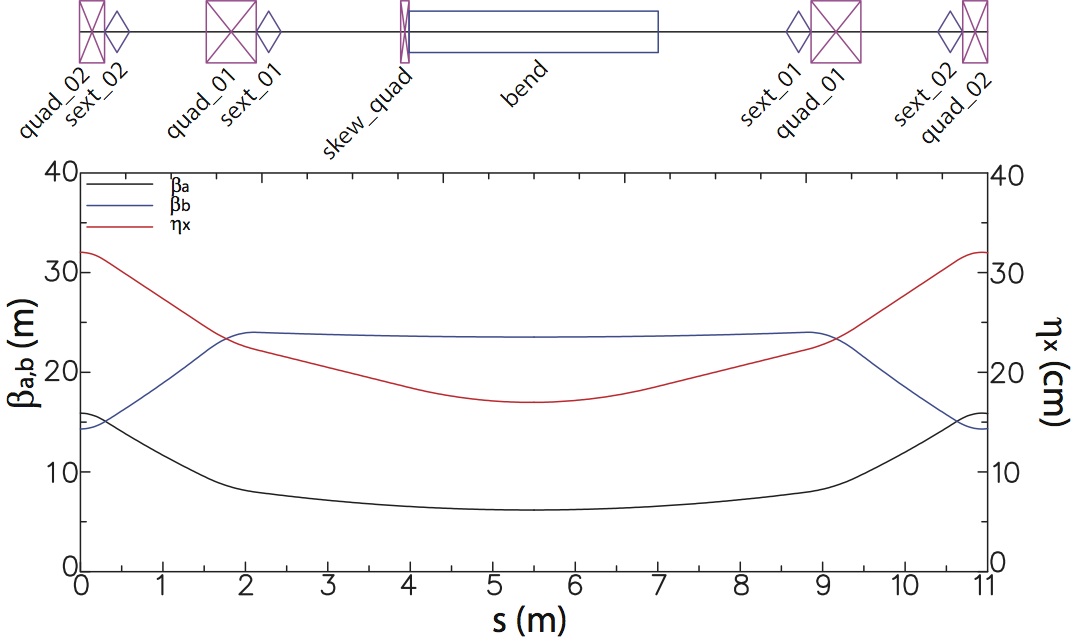 More than 100 meters of superconducting damping wigglers, (similar to those in CesrTA) reduce the radiation damping time by nearly an order of magntidue. The ring lattice functions are shown in the figures (above and left). The layout and lattice functions of the arc cell consisting of a dipole, three quadrupole and four sextupole magnets is shown to the left. The baseline design is documented in the ILC Technical Design Report. Faculty: