HenryFest: Tying Particles and Strings to the Cosmos 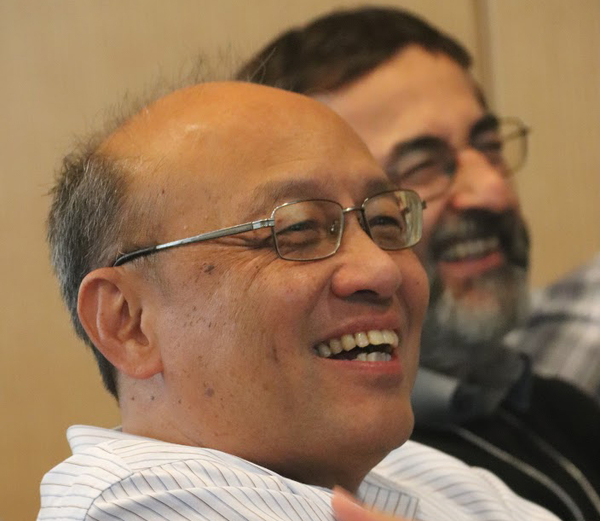 Henry Tye, with physicist and ICTP director Fernando Quevedo at HenryFest
Many members of the scientific community have been inspired by the research and teachings of Henry Tye for more than four decades. To honor his contributions to particle physics, string theory and cosmology, these members gathered at Cornell to celebrate and give thanks to Henry on his 70th birthday. Henry Tye, Horace White Professor of Physics at Cornell University and a fellow of the American Physical Society, welcomed friends, former students, post-docs and colleagues to the three day event in Ithaca, NY October 7-9, 2017. The symposium, which was organized by Csaba Csaki and Liam McAllister from the Theory Group at Cornell along with former students Keith Dienes and Gary Shiu, consisted of scientific talks by people from across the scientific spectrum, including award winning theoretical physicist and former Cornell post-doc Alan Guth from MIT, Fields Medal winning mathematician Shing-Tung Yau from Harvard, Fernando Quevedo who is currently the director of the International Center for Theoretical Physics in Trieste and many other well-known members of the community. 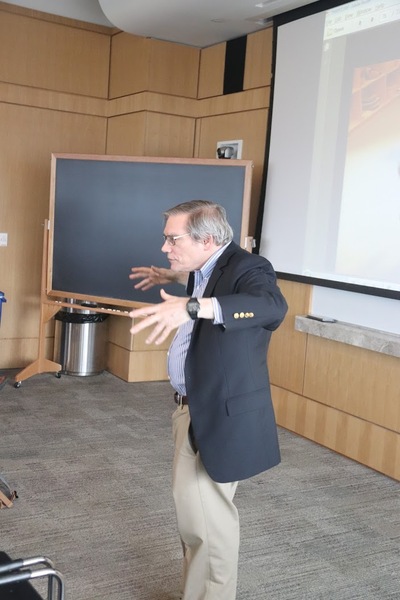 Alan Guth, speaking at HenryFest.
The speakers all thanked and relished in the achievements of Henry Tye, who is most notably known for suggesting the idea of brane inflation and also for the famous Kawai-Lewellen-Tye (KLT) relations among gauge and gravity scattering amplitudes. Henry also went on to work out many details of brane inflation with his research group here at Cornell, where he was also responsible for the revival of the interest in cosmic strings. 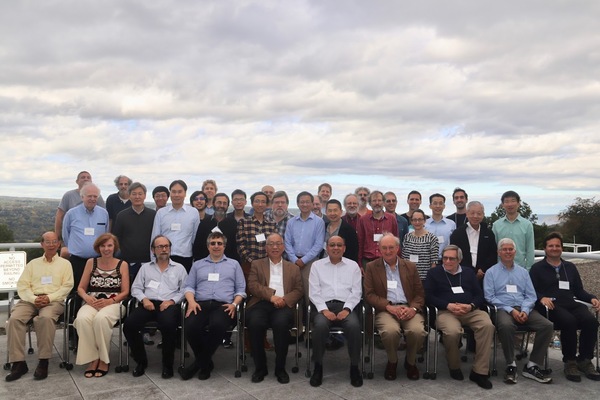 Group photo of the participants of HenryFest.
However, Henry's impact has reached more than the outer limits of the universe. This was made evident by David Lewellen, a former student of Henry's who is now a professor at the University of West Virginia. Lewellen, whose talk was titled "Near Surface Tornado Dynamics", spoke of the tornado prediction software: while this topic is far removed from string theory and cosmology, it shows how deep an impact Henry Tye has on the entire scientific community. 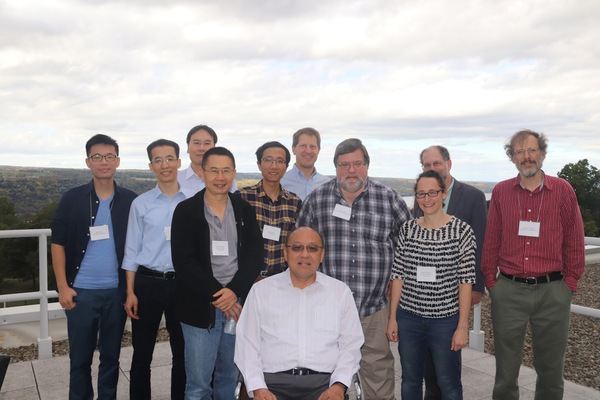 Henry with his former students from over the years.
The Theory Group at Cornell would like to thank Henry Tye and all of the speakers and participants of this great event.