CBETA Gets Beam Through Permanent Magnets 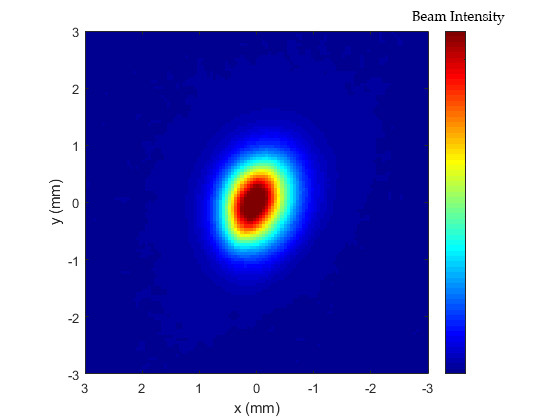 First electron beam after CBETA's return loop.
Tuesday night, May 7th, the CBETA team hit an important milestone after sending the beam through their permanent magnet return arc for the first time. After the beam was suitably steered into the beginning of the arc, it immediately popped out of the other side without any additional orbit correction needed, even though it passed through over 200 permanent magnet quadrupoles along the way. This was only possible because of the very precise tuning of the magnets during construction at Brookhaven National Lab (BNL), and the careful surveying done by both Cornell and BNL teams, placing each magnet correctly around the ring to about the width of a human hair. This return loop will send the electron beam (after its acceleration) back into the linear accelerator, where the beam-energy is recovered and used to accelerate more electrons. In the final configuration of CBETA, 4 beams will be accelerated in the linear accelerator so that beams with 4 different energies will be in the return loop simultaneously, each following a separate trajectory. The ease with which the beam transversed the return loop on May 8 gives hope that the 4 separate trajectories will also follow their predicted paths.

The X (blue) and Y (orange) beam positions detected through CBETA's complete permanent magnet return loop. The horizontal axis of the graph is the position along CBETA in meters.

The beam oscillates around the designed trajectory (the solid blue and orange lines) because of steering inaccuracies, as the team did this without any corrector magnets.