It's SIMPle: a New Theory of Dark Matter 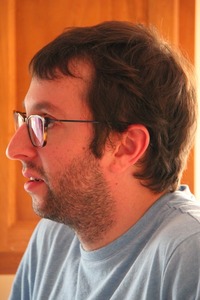 Eric Kuflik, CLASSE's Hans Bethe Postdoctoral Fellow
Without dark matter the universe would be surprisingly dark. Dark matter is responsible for forming galaxies, and holding together the stars and the planets they contain. Even though we know there is something out there holding our world together, and that it is 5 times more abundant than ordinary matter, there is still a great deal we do know about it, and we have yet to observe it in a laboratory setting. Dark matter theorists have proposed many exotic theories to explain dark matter and the origin of its abundance in the universe. A group of international scientists, including CLASSE's Hans Bethe Postdoctoral Fellow, Eric Kuflik, have proposed [1] a new theory of dark matter that is very similar to ordinary pions, the familiar composite particles responsible for binding the atomic nuclei together. The "dark matter pion" has the same properties - same type of mass, the same type of interactions, in the same type of theory of strong interactions that gave forth the ordinary pions. The theory predicts that the dark matter is likely to interact with itself within galaxies or clusters of galaxies, possibly modifying the predicted mass distributions. It can potentially resolve several outstanding discrepancies between galactic data and computer simulations of the structure of galaxies. 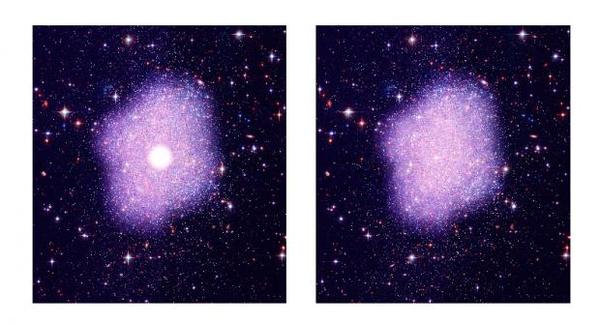 Photo credit: NASA, STScI
The dark matter pion model provides a specific realization for a new mechanism for thermal production of dark matter in the early universe that was originally proposed [2] by Eric Kuflik and some of the same collaborators in 2014. In contrast to the more common dark matter proposal, Weakly Interacting Massive Particles (WIMPs), the dark matter pions are Strongly Interacting Massive Particles (SIMPs). The abundance of dark matter is set by a strong 3-to-2 annihilation consisting entirely of dark matter particles. But small couplings (smaller than WIMPs, but not arbitrarily small) to the Standard Model are necessary for maintaining thermal equilibrium with the photons. The group is currently working out the form of these interactions. The differences in these key properties between the SIMP and the WIMP have important implications for how dark matter can be discovered in upcoming experiments. [1] http://journals.aps.org/prl/abstract/10.1103/PhysRevLett.115.021301 [2] http://journals.aps.org/prl/abstract/10.1103/PhysRevLett.113.171301 Some recent press: IPMU press release: http://www.ipmu.jp/node/2228 A great article on Live Science: http://www.livescience.com/51660-pions-may-explain-dark-matter.html IFL Science article: http://www.iflscience.com/yet-another-dark-matter-theory-says-its-particle-weve-know-80-years Science Magazine article on [2]: http://news.sciencemag.org/physics/2014/10/dark-matter-out-wimps-simps