The residual gas in the accelerator vacuum system can be ionized by the circulating beam. Positively charged ions are trapped in the potential well of an electron beam that consists of a train of bunches. The transverse motion of the lead bunch in the train will be transferred to the ions and then from the ions to the next bunch in the train. In this way the motion of the bunches near the head of the train is coupled to the bunches near the tail. The result is an instability that limits the total charge in each bunch and the number of bunches in the train. The fast ion instability appears in a single passage of the bunch train. It is observed in linear accelerators as well as electron storage rings. A slice of the Fast Ion data taken during the April CESR-TA run is displayed in the plots. 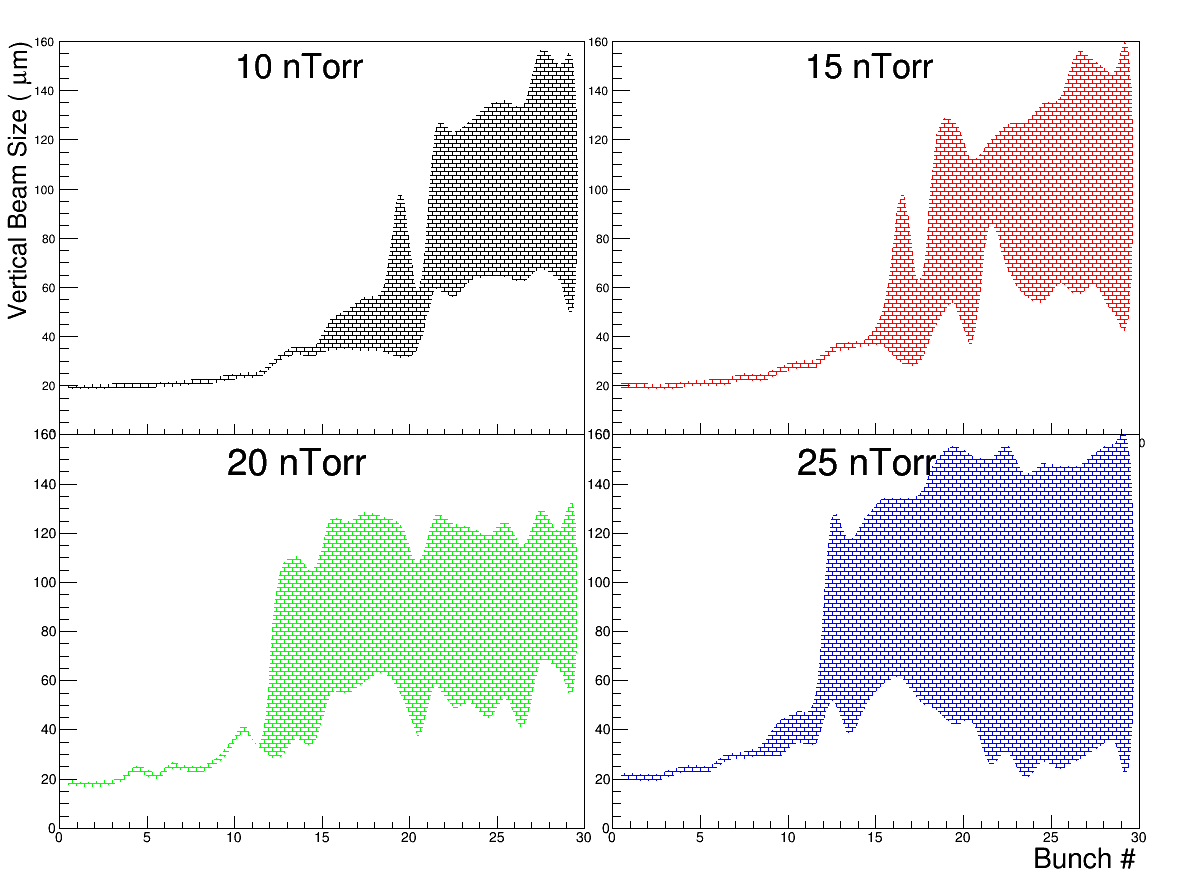 The plots (above) show the vertical motion of each bunch (the band depicting the RMS amplitude) as a function of bunch number, with bunch 1 denoting the head of the train. As the pressure of the injected Ar is increased, the motion becomes larger for the tail of the train, making the train less stable. 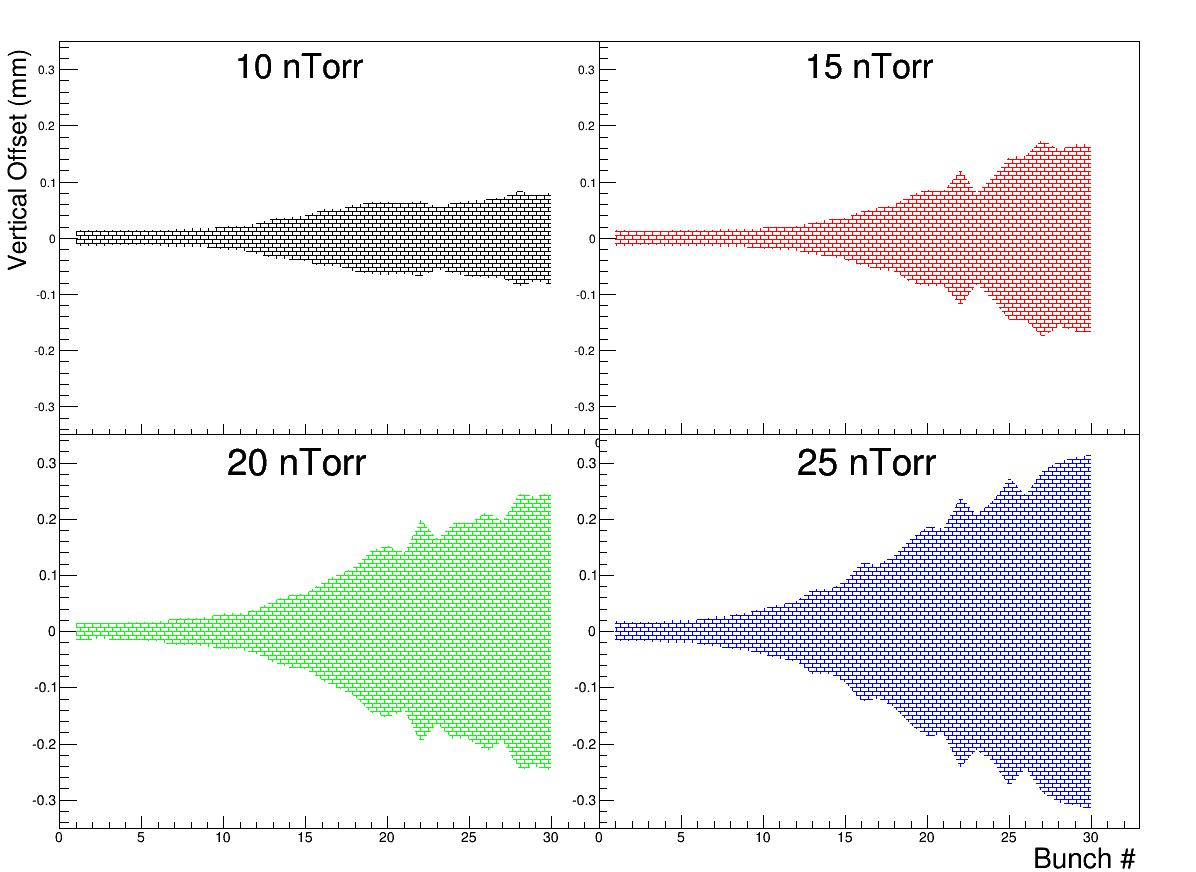 The vertical beam size of each bunch as measured by the XBSM (the band depicting the uncertainty of the measurement) as a function of bunch number is displayed in the plots (above). As the pressure of the injected Ar is increased, the instability in the train starts earlier and earlier, and the measurements for the later half of the train become more uncertain (due to large beam motion).