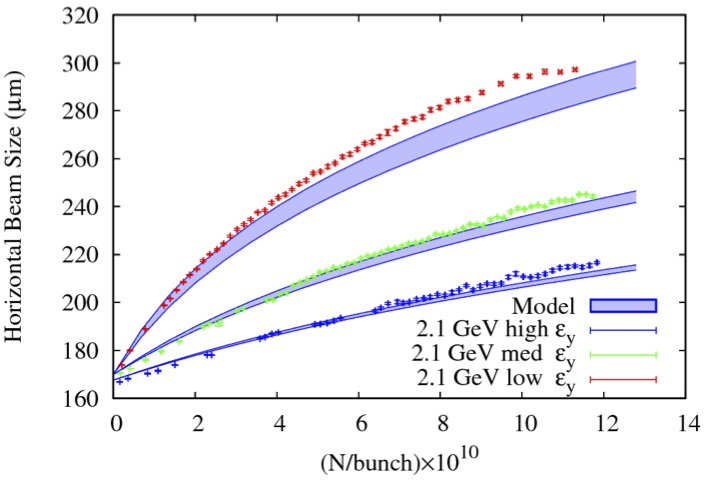 The horizontal, vertical and longitudinal motion of the 10 billion particles in a bunch are characterized by three distinct temperatures that differ by many orders of magnitude. Intra-beam scattering (IBS) can contribute to the equilibrium size of the bunch in two ways. Thermalization tends to increase the temperature in the vertical phase space, as that is typically the lowest of the three. Scattering that transfers the transverse momentum into the longitudinal phase space can increase the phase space volume (emittance) in both vertical and horizontal dimensions. The contribution of the change in the particle energy to the emittance will scale with the dispersion. 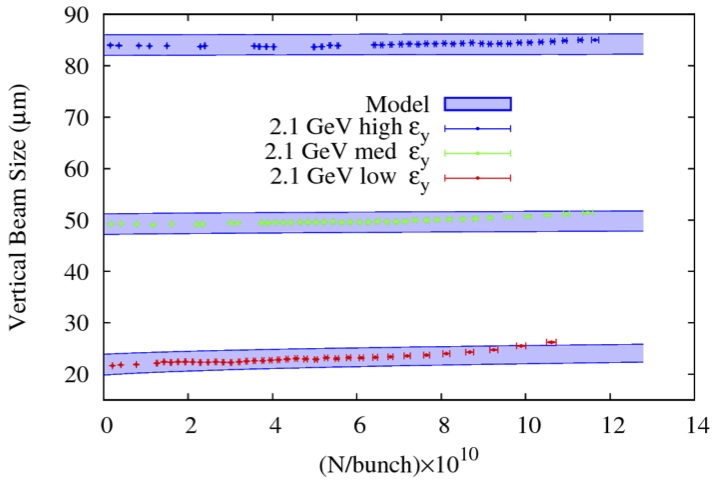 The phenomenon is observed as a charge dependence of the bunch size. We measure the width with a visible light beam size monitor, the height with x-ray beam size monitor, and the length with a streak camera, all simultaneously as the number of particles in the bunch is increased by an order of magnitude. The biggest effect is in the horizontal, indicating that it is the latter mechanism (scattering that changes energy) as the horizontal dispersion is much greater than the vertical. 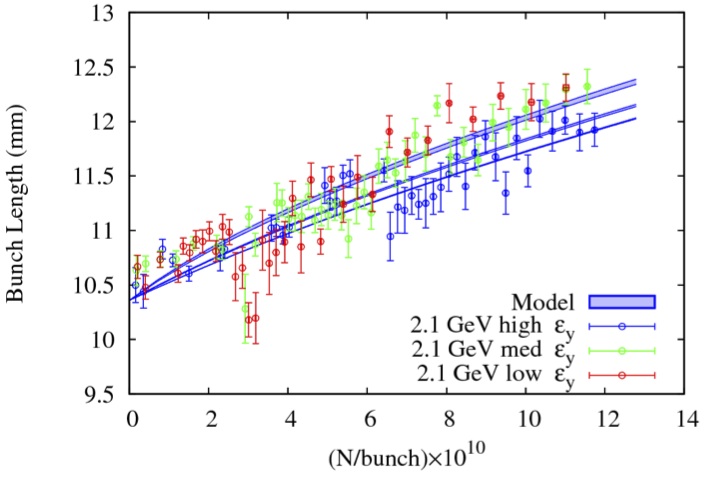 The charge dependence of the bunch height is very small, consistent with the vanishingly small vertical dispersion. The longitudinal phase space is characterized by both bunch length and energy spread. We see a weak dependence of bunch length on charge but a negligible change in energy spread (not shown), consistent with the theory as shown in the plots on this page.