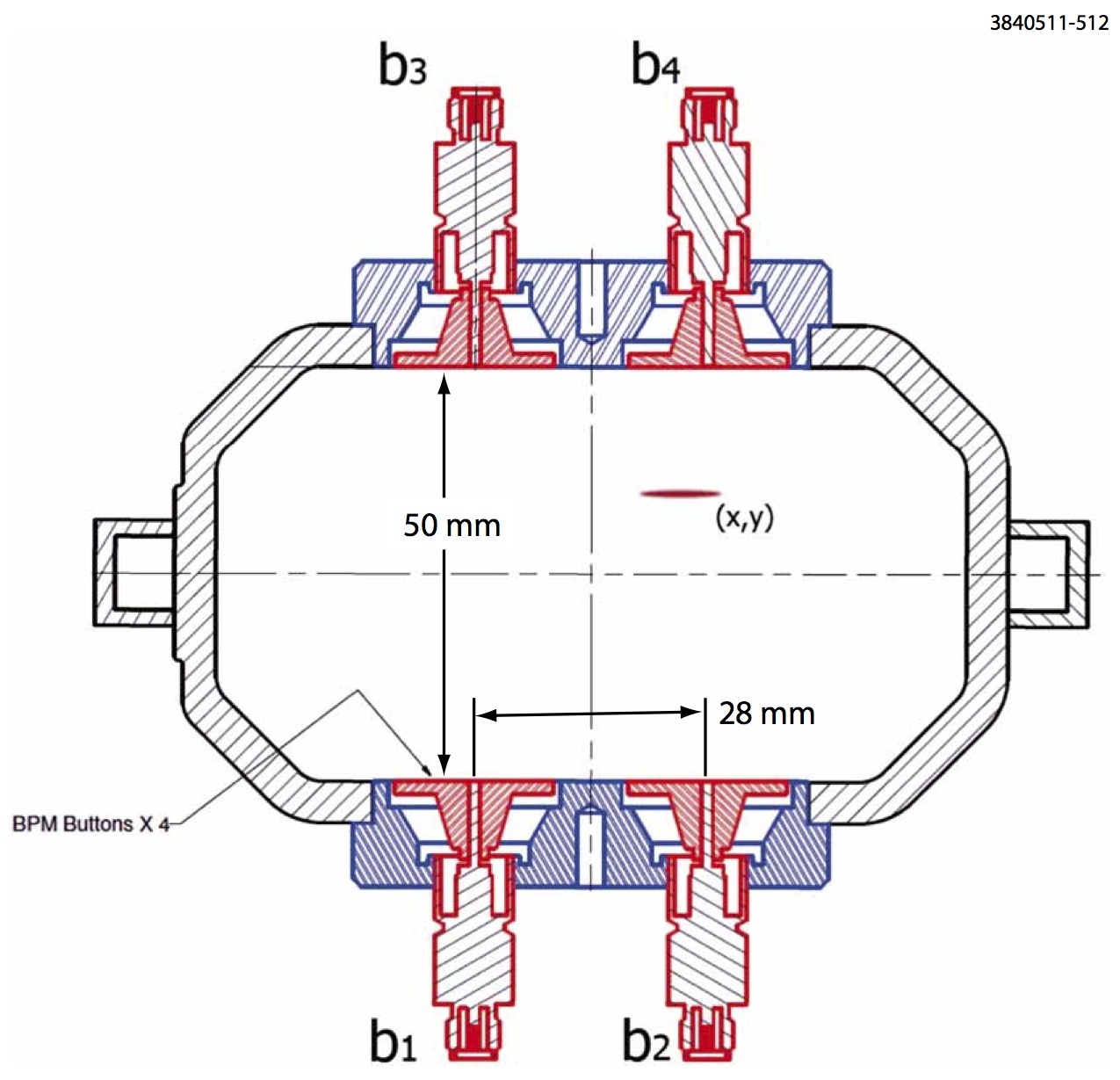 There are nearly as many methods for low-emittance tuning as there are accelerators. At Cornell, our measurements are based on the principle of resonantly exciting the beam at a small amplitude in order to measure the beam's response with beam position monitors (see figure). There are 100 beam position monitors distributed around the storage ring. There are several advantages to this method (reference). First, it is minimally-invasive, as it does not require changing the strength of any magnets in the storage ring. This means the magnets will not suffer from hysteresis, where the magnet's strength may not be reproducible at a fixed coil current. Second, the technique is very fast-- of order ten seconds, compared to other methods which take upwards of ten minutes to collect equivalent data. Finally, the measurement scales equally well to large and small rings, making this method desirable for future e+/e- colliders such as the International Linear Collider (ILC). Low-emittance tuning at CesrTA requires the ability to measure properties of every bunch on every turn, down to a bunch spacing of 4 nanoseconds. Both our beam position monitor (BPM) system and x-ray beam size monitor ( xBSM) were developed in-house in order to meet the exacting requirements of our measurement techniques.